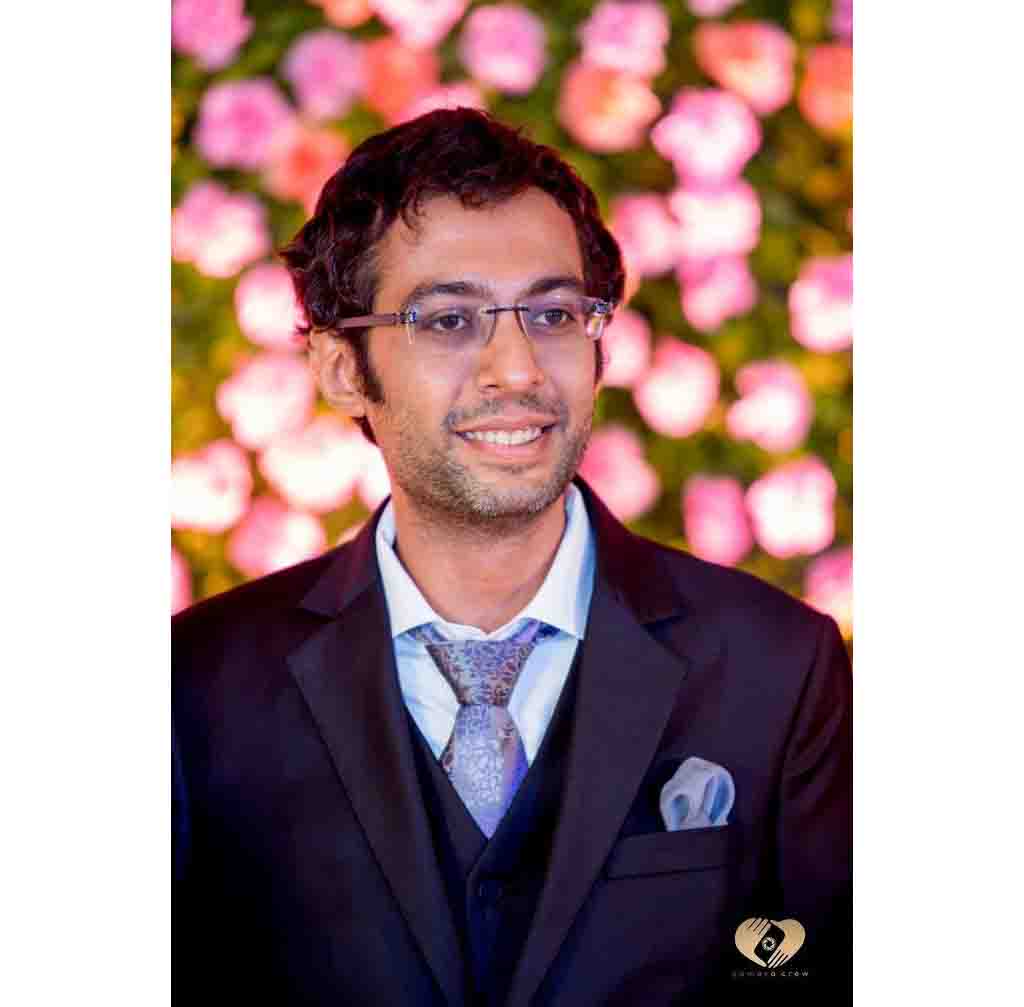 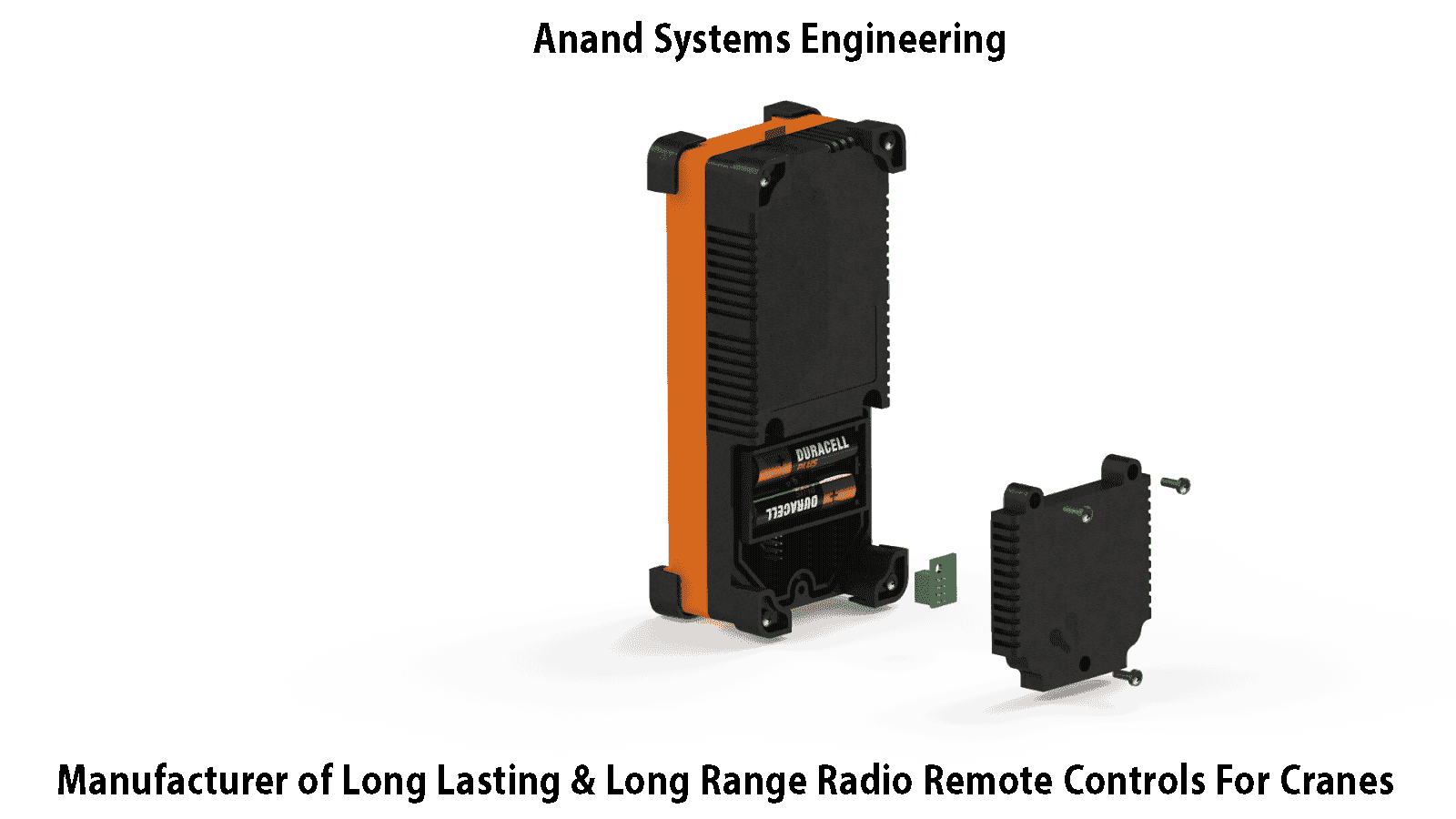 If you are a crane operator ,a crane manufacturer or a crane owner , It is frustrating when one of your wireless crane radios runs out of battery in the middle of a lift.

You do not want to go and find a new battery when you have 5 ton load hanging from your single girder EOT crane in the middle of the production run.

This article may not be as in depth but read ahead to see the 7 most important tips to increase battery life of your radio remote control. So let's get started.

So, whenever you are not using your radio remote control, its best to keep the Emergency Switch pressed. It increaseS the safety of the crane machinery and saves a lot of battery power.

To save maximum amount of battery power, The Transmitter should send a radio signal with minimum amount of power required for the receiver for a valid packet reception.

One more additional tip, keep your receiver as far away from metal as you can, because nearby metal can cause an antenna to detune, And a detuned antenna is definitely not a good antenna because it can alter the return loss at the transmission frequency by more than 20 db. Antennas can detune significantly if near a metallic crane control panel.Have a look at the figure below. 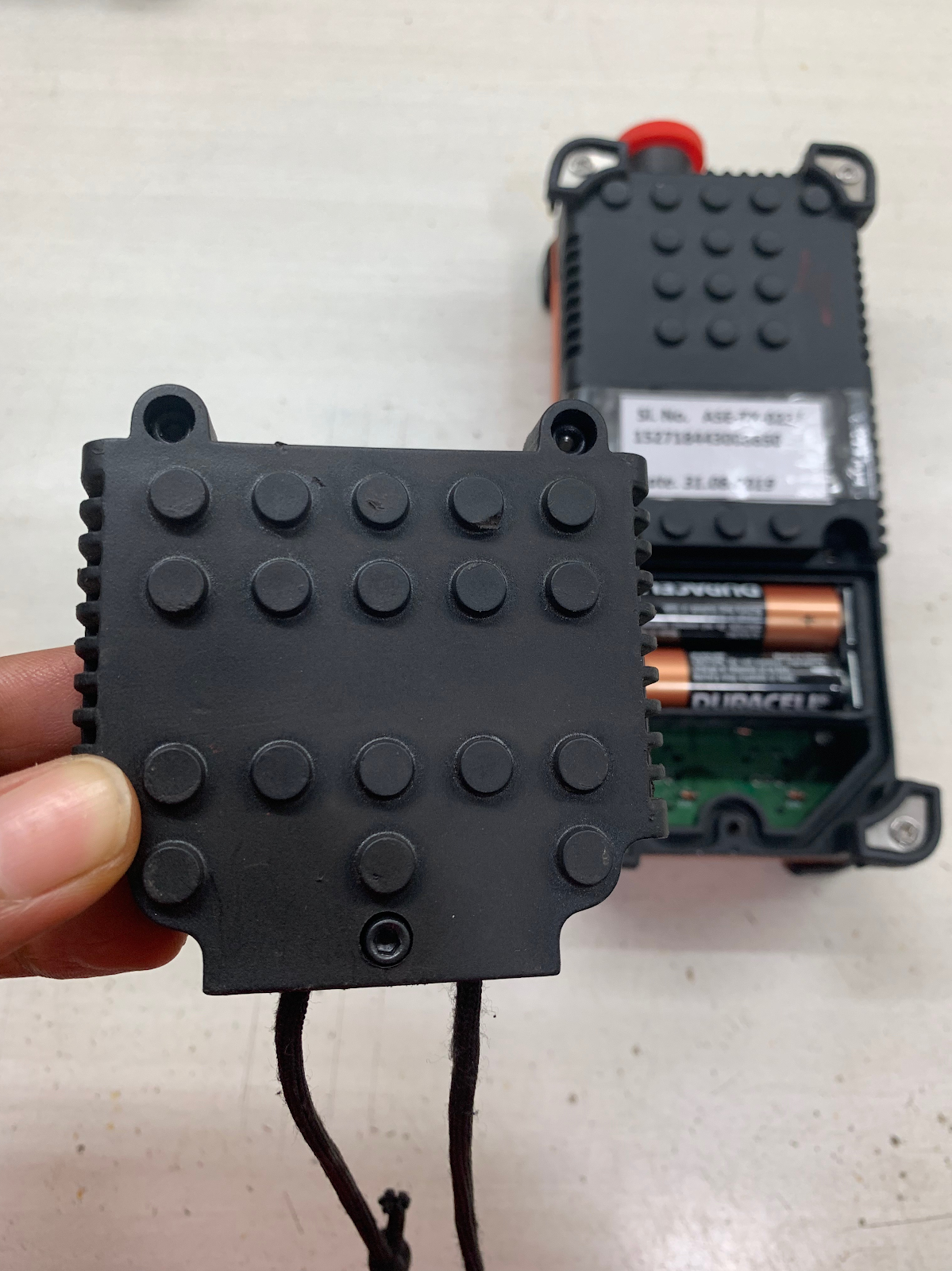 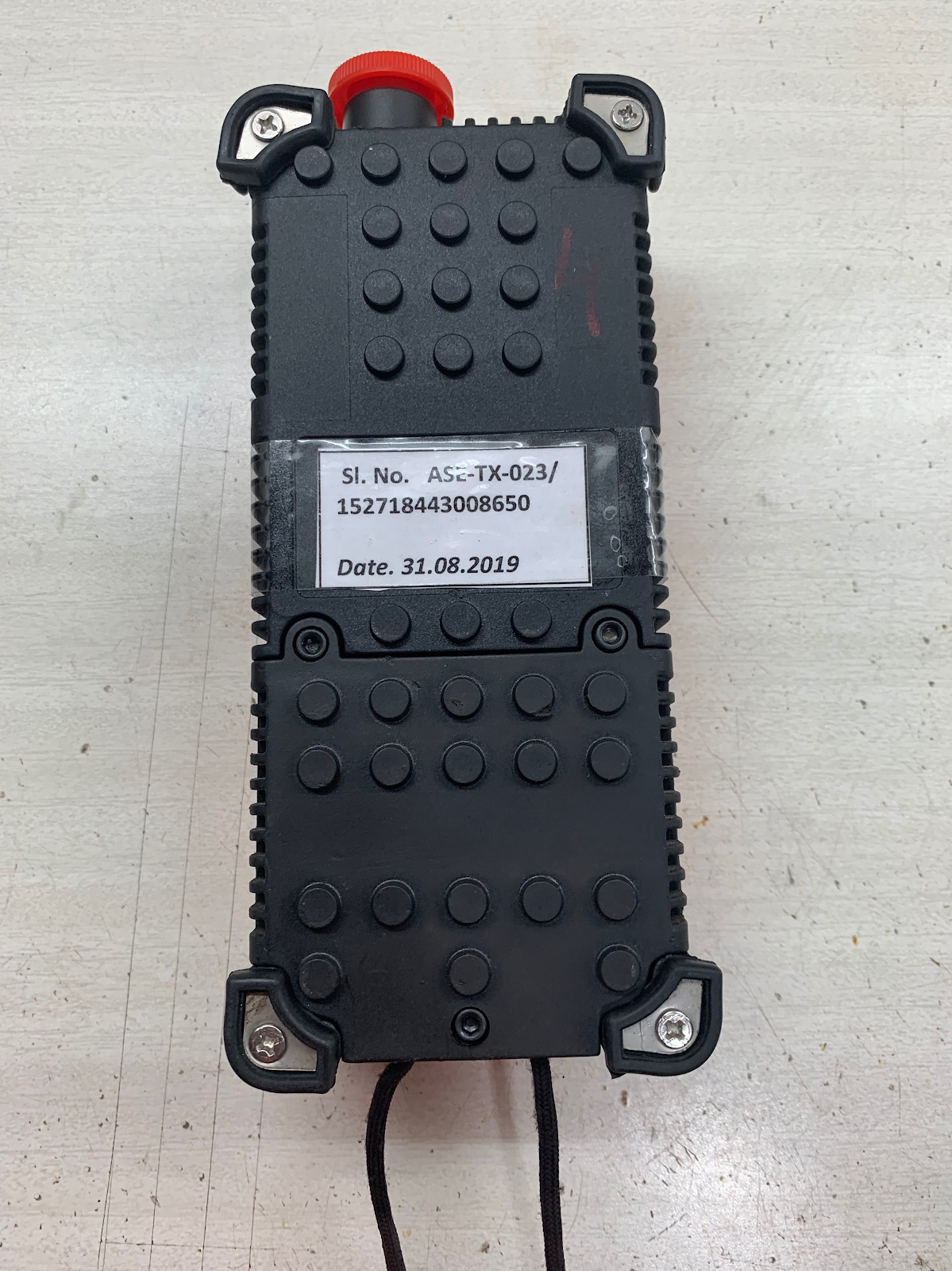 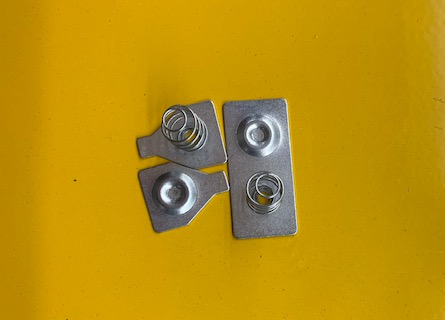 For embedded software developers this means using shutting down the clocks of all of the modules of your microcontroller such as the ADC, Timers, Disabling the Brown out Detection, unused port pins etc. For the hardware designer, you have to make sure your pull up and pull down resistors are in order and you are using the lowest leakage high quality capacitors.

For an RF engineer, the tradeoff in terms of the Channel Bandwidth,channel spacing, number of channels , The Data rate, the transmission frequency and the rf protocol , all of these points will affect the energy consumed per bit transmitted.

Your total average power consumption has increased by three times for the same amount of transmitted power by reducing data rate by three times.

One more very important point: Whenever your radio remote transmitter runs out of battery power for the first time of its use, don't just throw away the battery.

Use a multimeter and see how far down the battery voltage has gone for each individual cell. Any great electronic product design , will try to extract the maximum amount of power from its batteries. Voltage of a non rechargeable AA Alkaline battery ranges from approximately 1.6v (when new) to around 1v (when almost depleted).

So when your crane radio runs out of power for the first time, use a multimeter and check the voltage of each individual alkaline battery. If its around 1v, then you have got yourself a very good product,But if the multimeter shows around 1.3 or even 1.4v, you know you have more than 50% of power still left in your batteries.

One of the main features of a RF system is its maximum communication distance for a reliable wireless link between the transmitter and the receiver. Greater the distance, greater is the path loss. Path loss is the amount of transmitted radio power lost as it travels towards the receiver.

To account for this path loss, your receiver needs to increase its receiving sensitivity, which decreases the Signal to Noise ratio because your receiver is now more sensitive to Noise as well. So the radio remote control system is basically a trade off between the amount of transmitted power and receiver sensitivity for best performance.

Distance between the TX & RX makes a huge difference to battery life. If your remote control has auto power adjustment, as soon as you press a key, first the TX sends a signal to RX with the lowest power and wait for acknowledgment from the RX. If there is no acknowledgment the TX increases its power by 20% and sends the signal again. It does this increment until the RX receive and send an acknowledgement. This is how TX fine tune its power level to save maximum amount of power.

Alkaline Batteries are 1.5V to 1.65V when new. As they become old their voltage drops till around 0.8V to 1V when the completely depleted. Two of the alkaline batteries are put in a series connection to create a total of 3V to 3.2V when new. When your batteries run out of power never replace only one old battery with a new one. There is a serious chance of your alkaline batteries leaking potassium hydroxide agent. If your battery leaks while in use it could damage your radio remote control. 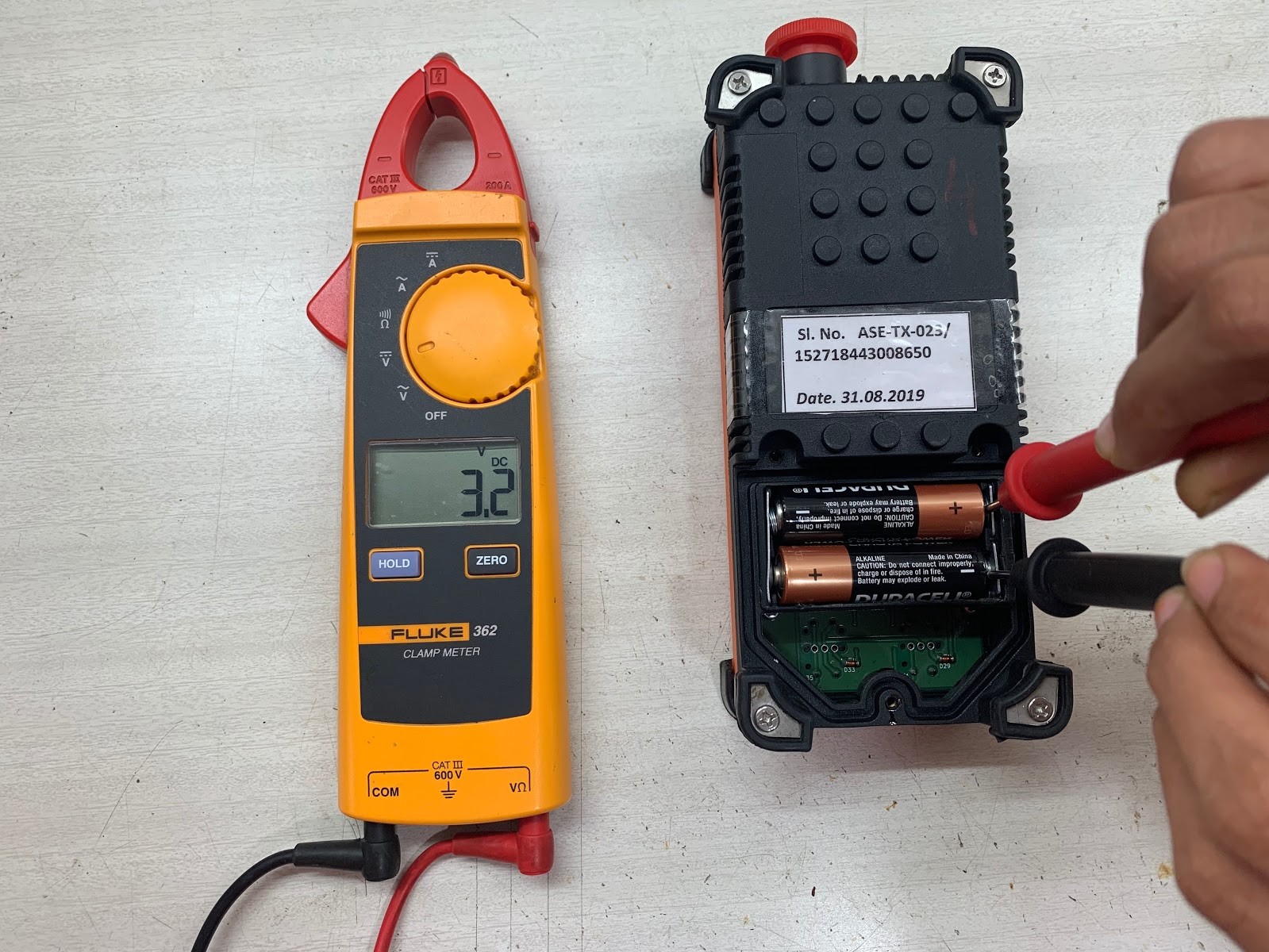 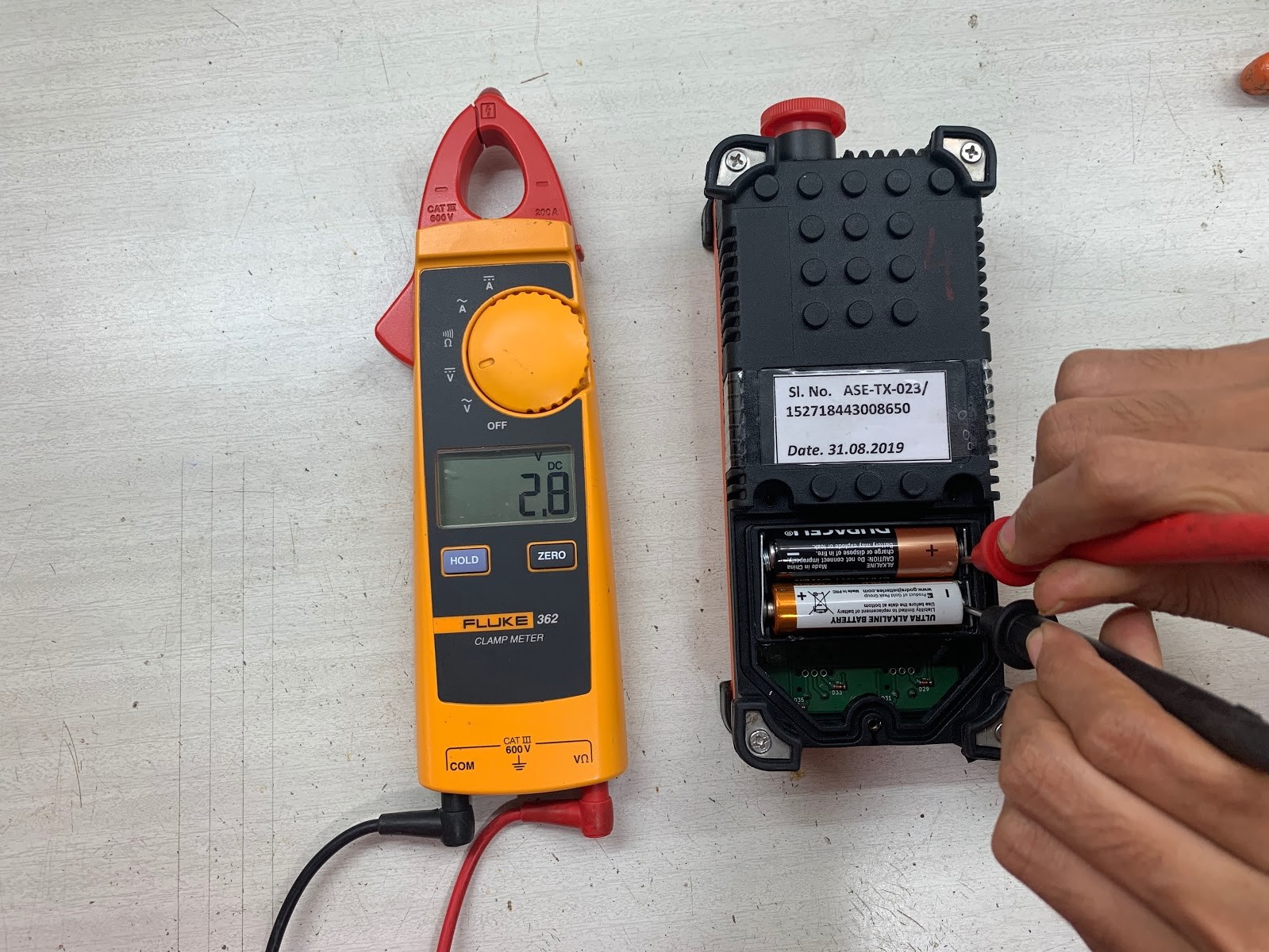 Check the Manufactured or Packaged Date of your Battery :

Since alkaline batteries have a self discharge mechanism buying newly made batteries though unused , will make your device run longer. 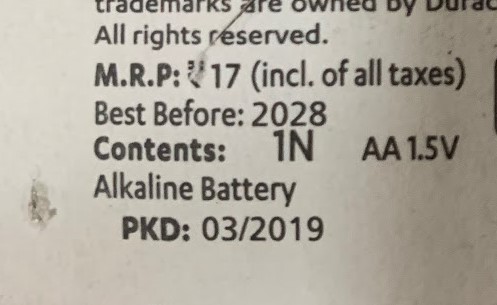 Also, since crane radio remotes are used in industrial environments, your spare batteries will also be stored in a store room. If the ambient temperature of the storage location is high, the self discharge rate of the alkaline battery increases. So, better to store your batteries in at normal room temperature.

Alkaline batteries can last many years if taken care of. For this reason if you pay attention to these important battery saving tips and buy the correct crane radio, we guarantee that your crane radio will run longer thereby saving you time and money. One last tip, If your radio remote control was bought a few years ago, chances are that the company you bought it from has an improved version of the software which will be better at saving power. So asking the manufacturer for a software update might add months to the battery life.

How long your batteries have lasted and what tricks or hacks you have used to make your battery last years in any of your radio devices? Let us know in the comments below.